VOSviewer is a software tool for constructing and visualizing bibliometric networks. These networks may for instance include journals, researchers, or individual publications, and they can be constructed based on citation, bibliographic coupling, co-citation, or co-authorship relations. VOSviewer also offers text mining functionality that can be used to construct and visualize co-occurrence networks of important terms extracted from a body of scientific literature.

VOSviewer version 1.6.15 was released on April 1, 2020. This version fixes some problems in VOSviewer's functionality for querying the API of Microsoft Academic. It also offers a few new options for querying the Microsoft Academic API, including options for searching in abstracts and for filtering out duplicate documents and non-scientific content.

VOSviewer version 1.6.14 was released on January 27, 2020. This version offers improved support for querying APIs. DOI files provide increased flexibility and can now also be used to query the Microsoft Academic API. The title search option for querying the Crossref API has been repaired. Also, security issues on Mac systems have been fixed.

VOSviewer version 1.6.12 was released on August 31, 2019. This version supports the Microsoft Academic API as a new data source for VOSviewer.

VOSviewer version 1.6.11 was released on April 3, 2019. This version solves the problems experienced by VOSviewer users when working with CSV files exported from Scopus.

More information about the new features introduced in VOSviewer version 1.6.10 is available in this blog post. 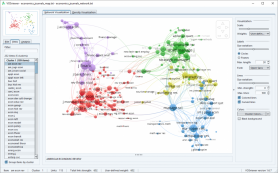 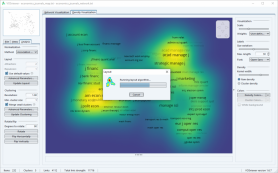 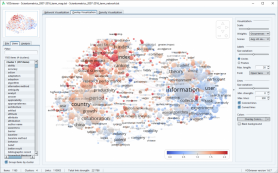 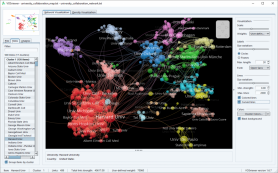 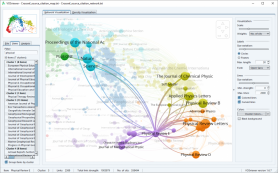 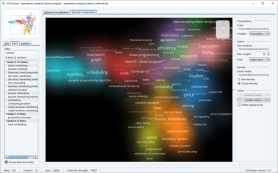 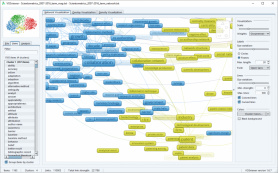 Click the button below to launch VOSviewer directly from this web page. This requires a system with Java support.

Next edition of CWTS VOSviewer course takes place in January 2021

On January 26-29, 2021, CWTS organizes the next edition of its VOSviewer course. The course takes place online. Participants will learn about all ins and outs of VOSviewer. The course is taught by the VOSviewer developers and includes a lot of hands-on practice with the software.

You may also be interested in our CitNetExplorer tool